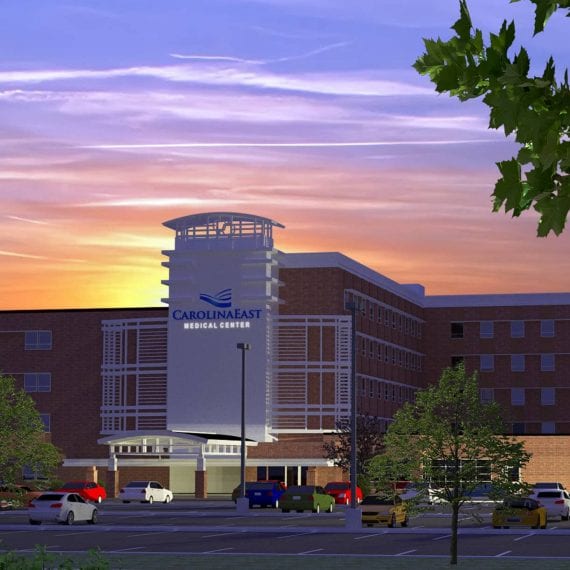 CarolinaEast Medical Center retained Wright McGraw Beyer Architects to design and construct a series of challenging projects, culminating with a new two-story Patient Bedtower Vertical Expansion Project. Work began with a project relocating the Hospital’s existing Pharmacy to a new location on the First Floor. The vacated pharmacy space, located in the 400- Wing of the Hospital, was renovated to create a new 12-bed Intermediate Care Unit that opened in July of 2009. This project included a Centralized Telemetry Room to monitor patients for the entire Hospital. Construction on the new Patient Bedtower Vertical Expansion was completed in November of 2009. The Hospital’s existing 600- Wing was designed for a new two story expansion which includes a five story seismic tower located adjacent to the existing Bedtower. The Third Floor of this wing was renovated for an expanded Patient Unit. This work includes a one story Vertical Expansion designed for the 100-Wing of the Hospital.